Over the past six months, the world has changed in nearly every way you can imagine. The music industry was one of hardest hit by Covid-19, as sweeping event cancellations have not only cut a major source of income for artists, but shifted fans’ sense of value and expectations for entertainment.

The new digital world, led by live streams, comment sections, and a constant stream of new content, brings an opportunity for artists to connect with their fans in a way that wasn’t possible before, or at least was much more difficult to achieve. And China has ferried in its own shift in digital landscapes, ranging from the way events are done to streaming activity, to daily social content.

As I write this, early summer 2020, the US and Europe are still mostly in lockdown, travel is restricted around the globe, and live events seem like a distant memory. Thinkpieces are going up across the web with opinions about how to save the music industry, how the industry has done everything wrong to date, or what things will look like in this futuristic digital-first world. But China isn’t in the same situation. We had the cancellations, the closures, the stay-in-place orders, but as communities got a grip on the number of cases, businesses once again began to reopen and flourish. In Shanghai, somewhat of a best-case-scenario for living in China, nearly every club, bar, and restaurant is open, and people are going out in numbers. Only very large-scale events have not returned as country-wide guidelines limit guests for ticketed events. And since the borders to China are closed to foreigners, the country is warming again to nightlife, without the international or headline talent to tap into.

Read: The Scene Isn’t Worth Saving

The Shift To Streamed Events

During this uncertain time, venues were the first to replace their events with live streams, using platforms like Douyin (Chinese version of TikTok) to stream live DJs in their empty clubs, drawing millions of viewers and thousands of dollars worth of digital gifts. While it’s worth noting that most of this money was donated to charities in Wuhan, it accomplished two things, first proving the business model of making actual money with a digital concert, and second connecting a traditionally social media-averse business with a huge number of fans in an engaging way.

While this feat would have been a difficult one for small or medium artists to accomplish on their own, the tides had begun to move, and shortly thereafter, big platforms followed suit with their own online streams and festivals. Douyin streamed their own festival Douland, which took place over several different individual artist accounts, including Martin Garrix, Alan Walker, Dimitri Vegas & Like Mike, Vicetone, and other artists hosted by electronic music labels. The popular video and streaming platform Bilibili followed suit with a project called 云蹦迪 focused on DJs and 音乐的掌声 focused on pop stars. Still others continue to plan large scale events and streams online.

Even more recently, clubs which have been allowed to open in China have contracted foreign talent to record video sets, which are played live in the club for real patrons, on massive LED screens and the full sound system. This unique online-meets-offline collaboration allows artists to make money and reach fans using a live event, without having to leave the safety of their own home.

The result was that the young, digitally connected Chinese consumer has been drawn to music in new ways, not cut off from live events, but rather adding digital events to their realm of possibility for what’s going to happen on your average Saturday night. In general, app usage and screen time are up, streaming rates are up, and fans are hungry for content in a way they never were before.

Appetite for Foreign Artists in China

China has a comparatively short history of allowing foreign artists and media to enter the country – a fact that has kept interest in foreign talent high among music fans. Festival lineups almost always include international headliners, and ticket prices for any event can vary greatly based on whether artists are Chinese or foreign, and indeed how popular they are in the rest of the world. Music streamed on local platforms skews increasingly towards foreign artists and labels. As such, my advice to artists considering expanding into China has been simple, and unchanged for years: the time is NOW, the sooner the better, and doing something is better than nothing.

While online events and social engagement are great for all artists, what are the long-term implications of having China’s border closed once again to foreigners, even if just for just a short time? Is now the time for a shift back to local talent, hometown heroes, or new Chinese superstars ready to take on the world?

To be honest, I don’t think we’re there yet, and pandemic or not, China still lacks some crucial pieces required to achieve that sort of advanced local talent: widespread arts education, flourishing underground scenes, and supportive income sources. Furthermore, China has very few domestic record labels, with major labels and foreign imprints still pulling a lot of weight. Though all of these factors are changing every day, Chinese youth are growing in numbers and popularity exponentially when it comes to music.

Without an infrastructure that truly supports local talent, the pandemic may be doing even more to stoke interest in foreign talent by local fans. Like in China’s past the outbreak is creating scarcity by limiting the number of artists who are able to visit the country, obviously severely limited for now, but likely allowed to various degrees for the remainder of the year, led by those who are the most interested or available to travel to China. Furthermore, as more and more aspects of daily life move online, it can be even more difficult to cut through the noise of other artists, events, new releases, and unrelated news, meaning those who have perfected their marketing locally could be better off connecting more closely with an ever growing fanbase, while some get lost in the fray.

In reality, no matter the segment, China still has one of the fastest growing music markets in the world, in both recorded music and live events. And while the pandemic may have put the latter on hold for the time being, there are ways to fill that void for those with the mind for it. In short, China is still a place of glowing opportunity, if you put the work in.

ROI and the Benefits of Working in China

The promise of success in China has manifested itself in various ways for different artists and companies. The income sources remain the same as anywhere else in the world: streaming royalties, live shows, publishing, merch, and branding, the first two being the focus for 99% of artists. It’s true, streaming royalties are not as high as other parts of the world, but they are climbing at a higher rate. For example, Tencent Music reported this year on several factors: their overall subscriber count, percentage of paying subscribers, and amount per user are on the rise. For many mid and large artists, this is substantial income, and for many record labels these royalties are more than enough to invest in localized promotions while maintaining a profit.

Live events? Will be back someday to their former glory.

In the meantime, and in a global sense, an investment in China is an investment in your future career. As I said before, China is still achieving higher growth rates than nearly any other music market, I don’t expect that to change post-covid. So what are you investing in? Cutting through the noise of artists and content now will undoubtedly set you up for future success in the country, both in terms of increased streaming royalties as those figures continue to rise, and with live opportunities as events come back to the region.

This in many ways can be viewed as merely advocacy towards promoting yourself; it’s far from groundbreaking advice. But because of the restrictions on internet in China, artists who see success in their music, without using their own social platforms to promote themselves, are at the mercy of what others say about them – it’s a scenario many wouldn’t dare face in their home country. For many artists, their image, online or in person, is a crucial part of their overall persona; it affects how their fans see and engage with them, how the messages in their music are perceived, and the opportunities they will get in the long term.

Douyin (or TikTok outside China, a wholly separate platform with the same parent company), is the perfect example of how modern artists are using social media to craft their image. Douyin has in many ways leveled the playing field, artists who have huge budgets and teams of content creators are reduced to how interesting they can be in a ten-second clip. But many artists have flourished, turning the pandemic into an opportunity to show fans what they are really like, and to further establish lines of communication between them and their fans, taking questions, participating in fan-created trends, and sharing bits of their identity in ways that were not possible previously.

My suggestion for all artists, big or small, and no matter the platforms you use, is not to rely on a single outdated image or bio that someone else wrote which sits atop your page on a music streaming platform to be the arbiter of your personality. That should be communicated directly to fans on a regular basis, and only when fans can truly see who that artist is, will they begin to understand the deeper layers within. And with that success comes real fandom that cannot be achieved by a hit single or news article shared on social platforms, and transcends time or temporary factors that face our industry. 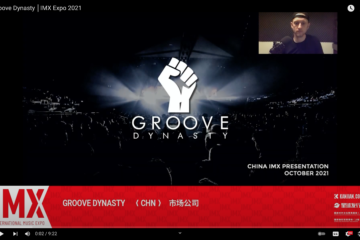 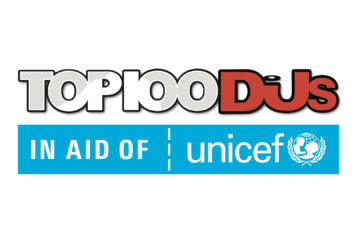 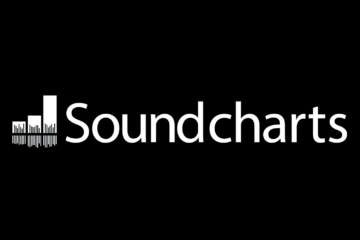